YOU GUYS!! I am BEYOND excited to be participating in the blog tour for Undead Girl Gang by Lily Anderson! I adored this book and will be recommending it to everyone who will listen. Check out all the info about the book and my review below! 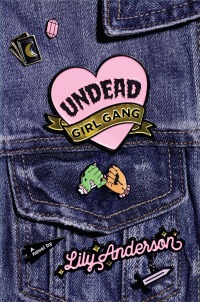 Synopsis: Mila Flores and her best friend Riley have always been inseparable. There’s not much excitement in their small town of Cross Creek, so Mila and Riley make their own fun, devoting most of their time to Riley’s favorite activity: amateur witchcraft.

So when Riley and two Fairmont Academy mean girls die under suspicious circumstances, Mila refuses to believe everyone’s explanation that her BFF was involved in a suicide pact. Instead, armed with a tube of lip gloss and an ancient grimoire, Mila does the unthinkable to uncover the truth: she brings the girls back to life.

Unfortunately, Riley, June, and Dayton have no recollection of their murders, but they do have unfinished business to attend to. Now, with only seven days until the spell wears off and the girls return to their graves, Mila must wrangle the distracted group of undead teens and work fast to discover their murderer…before the killer strikes again.

Review: I know what you’re probably thinking..zombies? not really my thing. I felt the same way, but this is not a zombie book. It’s a book about friendship and grief; it’s a fantastic mystery with so many twists; it’s inclusive and witty and everything I wish I could have read as a teen. And honestly, if all zombie books are like this, then I’ve been missing out!

Lily Anderson does an amazing job of bringing Mila’s character to life (see what I did there?). The character growth is done so phenomenally. Mila learns a lot by bringing three teen girls back from the dead and I just want to be a part of their little gang! Especially when Mila is dealing with the grief of losing her best friend. I want to hug her and tell her everything will be ok. And that, my friends, is how you know a character is written well. I’ve read other books where the characters are going through something and I know I should be feeling sad, but Undead Girl Gang actually brought those feelings to the surface. 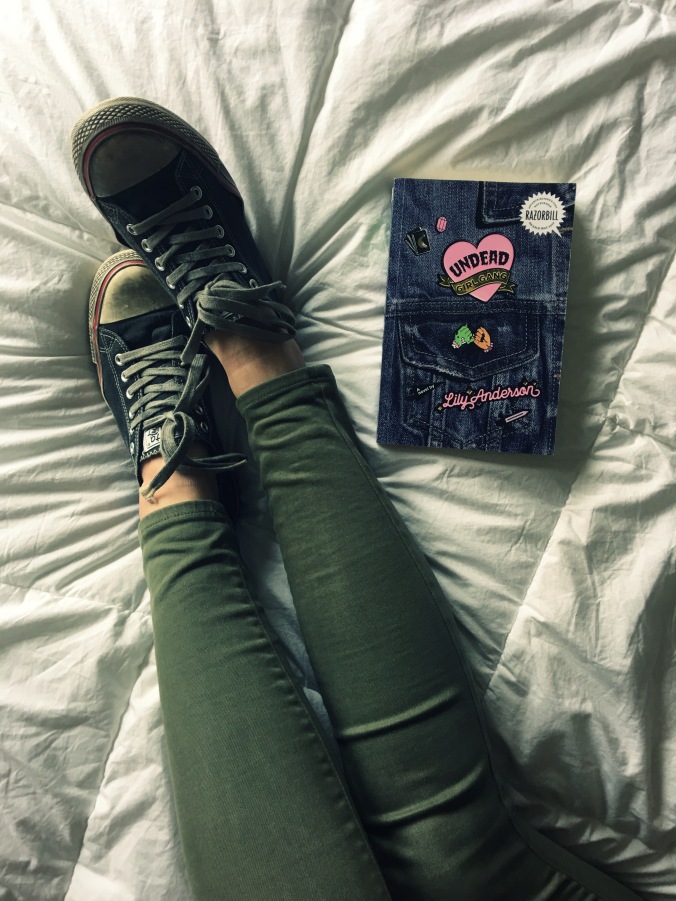 Have I mentioned that I also really just love Mila’s voice? She’s sarcastic and witty and definitely someone I could see myself hanging out with. I knew going in that the story would only span the course of seven days and I felt myself reading slowly to try and make the story last. Though a sequel isn’t needed, I would gladly pick up a book about Mila’s life after this ordeal. I want to know where life has taken her!

All of this to say, you need this book in your life! And I need all of those enamel pins on the cover! 🙂

Lily Anderson is a school librarian and Melvil Dewey fangirl with an ever-growing collection of musical theater tattoos and Harry Potter ephemera. She lives in Northern California. She is also the author of THE ONLY THING WORSE THAN ME IS YOU and NOT NOW, NOT EVER. She tweets @ms_lilyanderson.

Follow along on the rest of this awesome book tour!